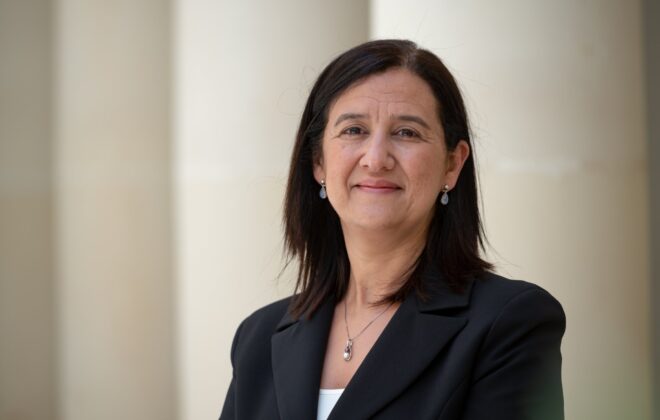 Yvonne is a warranted social worker with over 25 years of experience in the social welfare sector and holds the position of the Director of Fondazzjoni Sebh.  She has obtained a Masters Degree in Leadership and Management from the University of Northumbria.  Yvonne has practiced as a social worker various child and family services and held various leadership positions.  As the Director of the national child and family welfare agency,  Yvonne has been instrumental in developing and managing a vast range of social welfare services.  Following this she also set up and managed the Quality Assurance Department.  Her role was crucial  in ensuring high standard of service across the different departments of the organisation.  In 2018 Yvonne took up the role of Family Services Manager of Fondazzjoni Sebh and in 2019 was appointed Director of the same foundation.  Yvonne likes to spend time with her family and friends and enjoys swimming, watching a good film, and finds stillness and inner-peace in nature. 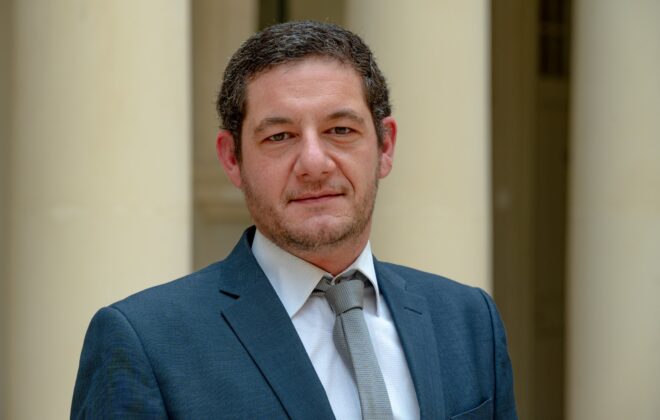 Mark is a warranted social worker and holds the position of Children Services Senior Manager at Fondazzjoni Sebh. He held various roles within the social sector, mainly as an activist and volunteer within the fields of marginalised communities, victims of violence, refugees and corrections. Mark has practiced as a social worker within the mental health field. He worked with victims of crime and held a managerial position within the correctional services. Mark obtained a Masters in Counselling. He lectures at the University of Malta and provides counselling sessions to adults who are facing anxieties, bereavement and loss. Mark is responsible of ensuring that the children’s residential homes are running up to the standards set by Fondazzjoni Sebh and other regulatory bodies.  His primary focus is that of ensuring that  children are offered a safe, structured and loving environment which affirms their individuality and the dignity of every child.  In his free time Mark enjoys scuba diving, photography and playing music. 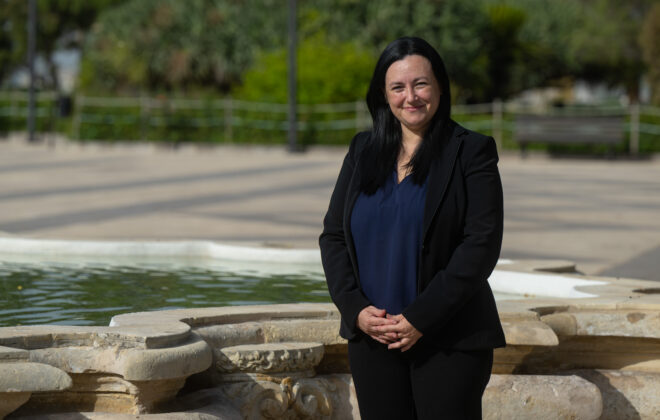 Kerry is a social worker and holds the position of Family Services Senior Manager at Fondazzjoni Sebh. The majority of her experience is working with individuals and families experiencing homelessness and she has experience in overseeing the running of various residences in the social sector and in creating projects that enhance service user involvement and empowerment. Kerry is very passionate about social justice and involves herself in various networking platforms. She was previously the Chairperson for the Platform Against Homelessness and she currently holds the position within the Maltese Association of Social Workers of public relations and current affairs officer, representative on MFPA and board of studies at the University of Malta. Kerry obtained a Masters of Social Work and is in the process of applying for her PhD with the University of Malta. Kerry is responsible for ensuring that the Family Services deliver a high-quality service within Il-Milja, Community Prevention Services, il-Mixtla and aftercare services, and ensuring that these services promote values of empowerment and individualisation of service users. 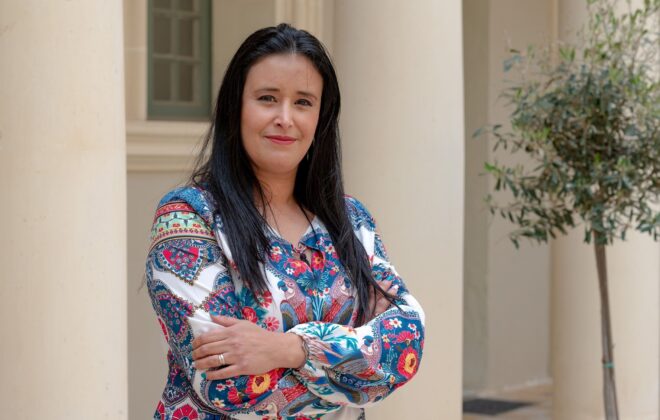 Elmer occupies the role of Central Office Senior Manager and is responsible for all the corporate functions of the Foundation, including human resources, health and safety, PR, fundraising and policy development. Elmer has vast experience of 20 years in the social field where she worked as a professional focusing on Children and Family Services and later in the office of the Chief Executive Officer and on Quality Assurance. She obtained a Master of Arts in Social Work with Monash University in Australia.  Throughout the years Elmer gained a vast array of knowledge which helps her to understand and deal with complex issues. Elmer has at heart volunteering,  an activity in which she has been engaged since her adolescent years.  Beyond her working hours, Elmer enjoys time with her family, loves baking, sewing and gardening. 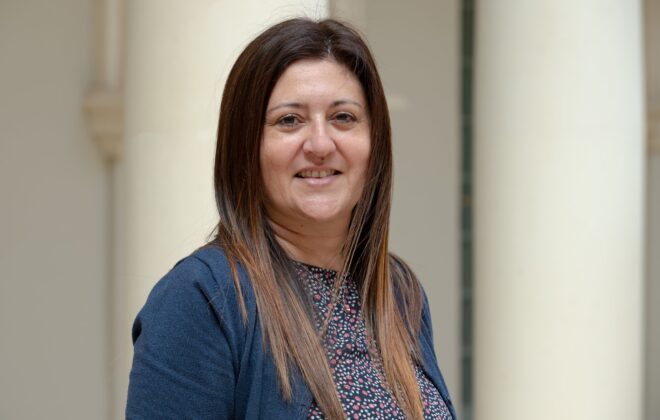 Marcia is a qualified LSE with decades of experience, whose work focused mainly on children with dyslexia, ADHD and autism. She has also worked as a Nursery Carer in Sussex, UK, looking after children of various ages and leading a team of Nursery Assistants.  Marcia has an LSE 2 diploma in Learning Support Education and is currently in the fourth year of a Youth and Community Studies degree course. In April 2021, Marcia became the Home Manager of Dar San Nikola, Hamrun. In her free time, Marcia enjoys researching on societal trends and says that cooking helps her to relax. 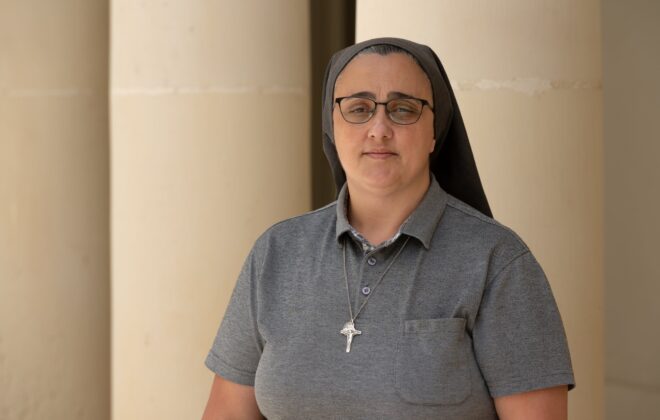 Sr Denise Vassallo has been part of the Sisters of St. Joseph of the Apparition for the past twenty years. She has a diploma of Good Practice in Childcare from Cambridge International as well as various qualifications related to children’s safety and wellbeing. In 2016, she became the Home Manager of Dar Sagra Familja in Zabbar. In her free time Sister Denise likes to go for walks and watch movies. 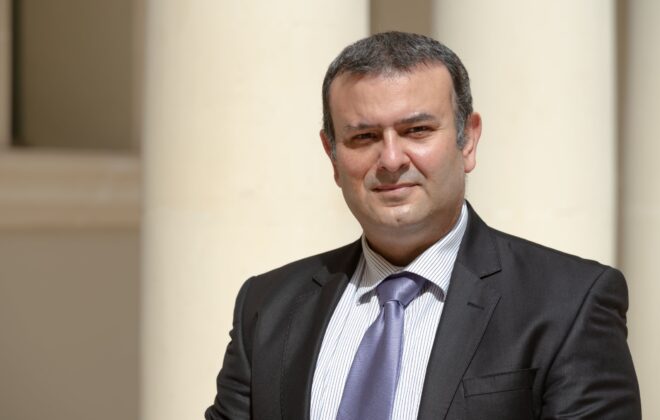 Joseph has studied Philosophy and Theology at the University of Genova and obtained a Masters in Social Care Management at the University of Pisa. He worked for 6 years as an educator and was a school assistant head for 6 years in Italy. On his return to Malta he  worked in various state schools. In 2009 he started working in the disability sector first on an EU project and after as a Manager at the Foundation for Respite Care Service for 9 years. In 2018 he was employed as an assistant Home Manager at Dar Fra Diegu and a year later he was promoted to a Home Manager of the same home. Travelling & adventurous activities such as trekking, camping and canoeing as well as listening to music, particularly classical music and  pop are some of the things that Joseph enjoys doing in his free time. 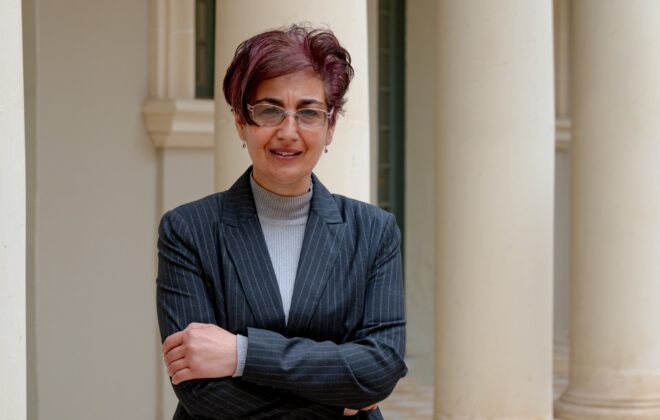 Josette Stensen is a warranted social worker and a Gestalt psychotherapist. She is the Home Manager of il-Milja, a second stage shelter for survivors of Violence Against Women and children under Fondazzjoni Sebh, and has worked in this service for over 20 years. In her free time, she likes to be with her family and friends, travel and enjoy the stillness of nature. 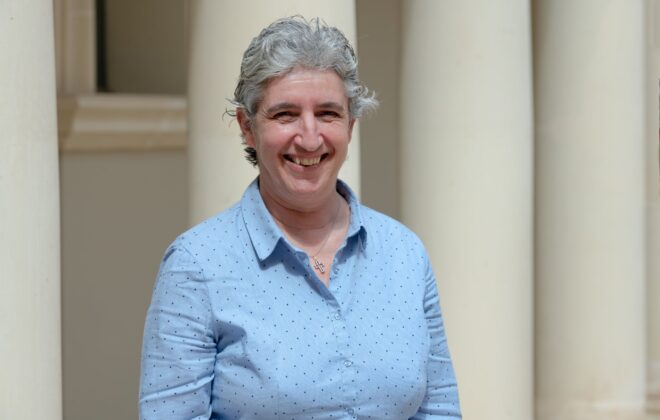 Catherine is a warranted social worker and obtained a Master’s Degree in Social Work from the University of Malta. She has extensive experience in a numerous settings.  This includes working for 2 years within the poblaciones in Santiago, Chile in the Hogar de Cristo, an organisation founded by San Alberto Hurtado. For over 20 years she worked first as a community social worker and then headed a community development unit in Cottonera. Later as a services manager, she was instrumental in developing various community services in Malta. Catherine is responsible for setting up and managing the new Community Prevention Team within Fondazzjoni Sebh, which focuses on Hamrun and Marsa. In her spare time she enjoys: photography, listening to music, & watching sports. 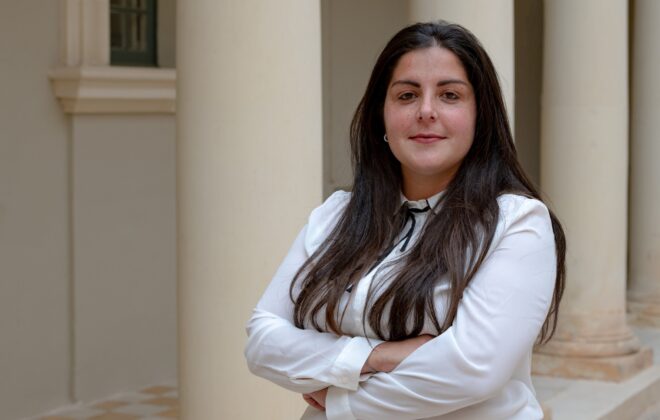 Ann Marie started off her career with Fondazzjoni Sebħ in one of the Children’s Residential Homes where she worked for six years.  Her duties included direct work with children as well as administrative responsibilities.  Ms Muscat decided to further her studies in the managerial and administration sector and she has been working in this field for the past four years. Ann Marie was part of the Central Office team where she worked on various administrative tasks, projects and events. She now forms part of the Director`s Office, where she assists the Director in  administrative tasks and various projects and tasks delegated to her. Ann Marie loves the outdoors and in her free time she enjoys travelling, reading and cooking.

The Foundation is governed by a Board of Administrators and has in place a Consultation and Management Board who provide assistance and guidance on operational matters.

Board of Administrators Members:

The Consultative and Operations Management Board Members are:

The mission of Fondazzjoni Sebħ began in 1956 when the Archdiocese of Malta decided to coordinate the work done with children living in residential homes run by male and female religious congregations. Fondazzjoni Sebħ was initially known as Ufficju Djoċesan Djar tat-Tfal and later changed to Ufficju Ejjew Għandi. In 2018 the entity registered itself as an NGO and in 2019 it became established as Fondazzjoni Sebħ VO/1622. Since 1952, the primary focus was on Children’s Homes. This changed in 2000 when the Archdiocese of Malta opened Dar Qalb ta’ Ġesu, a second-stage shelter for survivors of domestic violence which is now called Il-Milja. This shelter was the first of its kind in Malta as it focussed on empowering women and children to reintegrate into the community, independent from their abuser. Since then Fondazzjoni Sebħ has also incorporated a Community Prevention Service which covers the areas of Hamrun and Marsa.